Go outside for a hike, or have a yummy cup of tea, or read a book, or stay in bed all day—  just do something Sunday-ish for me! Here in Israel Sunday, as many of you know, is the first day of the work week. That means that this morning I was off to my second week of Ulpan (Hebrew class) bright and early. AKA no Sunday sleeping in. I hadn’t predicted the shift in the week to effect me so much, but it has been quite an adjustment. I’m having some withdrawals…in Jack Sullivan’s finest words, “Sad Face.”

Putting all sadness aside, the advantage to starting the week on Sunday is that I feel ahead of the curve compared to the rest of the humans on Earth. While you were reading about Hillary vs. Trump this morning or watching 15 minutes of SnapStories from the night before, I was perfecting my Hebrew alphabet in Ulpan. Actually, I was perfecting two alphabets, as the Hebrew that you read in books and on signs has one set of characters, and the Hebrew that you write by hand has another set of characters. Impressive, right? More like completely, unnecessarily, utterly confusing. Fortunately, I have an incredible teacher who gets how overwhelming it feels. Whenever anyone in class makes an “I don’t understand, this is freaking me out” face, she pats our backs and says, in her thick accent, “My darling, my darling, I don’t want you to feel the pressure. It will be okay. This language is ‘catastrofa’, my darling. It is crazy.” She also has a genuine knack for teaching the language (not just sympathizing with us). I’m two weeks in and can already hold a decent “get to know you” conversation in Hebrew, in addition to some basic reading and writing. Who’da thought.

Besides Ulpan, this past week has been focused on settling into Beer Sheva. The city of Beer Sheva is located south-east of Tel Aviv and is easily accessible to all parts of the country by train. It is known to be the Silicon Valley of Israel, as many of the country’s tech startups and larger companies are based out of the city. Beer Sheva also has a vibrant student atmosphere— due to the roughly 20K students that attend Ben Gurion University. The layout of the university neighborhood is student focused. The edge of campus, as well as the train station, falafel cart, smoothie shack, gym, and pool, is a five-minute walk from my dorm. What more could a girl want!

Food around the university is also insanely cheap ($3 to $5 for lunch every day) and ridiculously tasty— I’ve already consumed way too many falafel for my own good. Similar to the European diet, lunch is the biggest meal of the day here. It partly explains why Israel appears so fit compared to America’s fast-food nation. I’ve been following the local trend by eating a huge lunch out each day and cooking small breakfasts and dinners in my dorm. It’s perfect.

Beer Sheva also has an Old City, which we toured Friday morning. A local guide took us around to various private art studios and pointed out the best cafes, restaurants (authentic Moroccan and Ethiopian for dirt cheap), bars, theaters, and shops. At the end of our tour, we stopped by a bouldering gym that doubles as a coffee shop in the morning and a bar at night. Kind of bizarre, but definitely awesome. After the tour, we walked through the Friday shuk (market) and stopped at a local place to have an incredible sabich sandwich (eggplant, fried egg, hummus, potato, leek, beet, tahini, etc. all in pita). There were so many of us ordering at once that our guide decided to hop behind the counter to help the restaurant owner cook in the kitchen. We all got a kick out of that. Something that would never happen in America!

Friday night, after decompressing at the pool from the long tour in the morning, a few friends and I went to a Shabbat dinner at an Israeli BGU student’s flat. The Israeli students here (for the most part) absolutely love American students and are eager to talk and hang out with us. The three girls we had Shabbat with had cooked a meal of green beans and garlic, sweet potatoes, homemade hummus and challah, chicken and cucumber salad. We sat for a long time with them and ate, drank wine, and discussed everything from earthquakes (one of them had been in Nepal during the earthquake) to American politics. We were thankful for a delicious homemade meal and the opportunity to make some new friends.

Looking forward, this next week’s tasks consist of learning verb conjugations for Hebrew, going on a few short tours in the Negev, finalizing my fall course schedule, planning a potential trip to Cyprus and Greece in October, and hanging out with all the other people here studying. Also, one of the best friends I’ve made so far, Hannah (from NY, goes to Northwestern), has lots of family in Tel Aviv, so a group of us are cooking up a plan to head to the city for the three day weekend up ahead. We will see what happens!

For now, I’m off to sleep, as it’s already early Monday morning on this side of the Earth. Thinking of you all and hoping you enjoy the rest of your Sunday.

Laila tov (goodnight) + love to all. 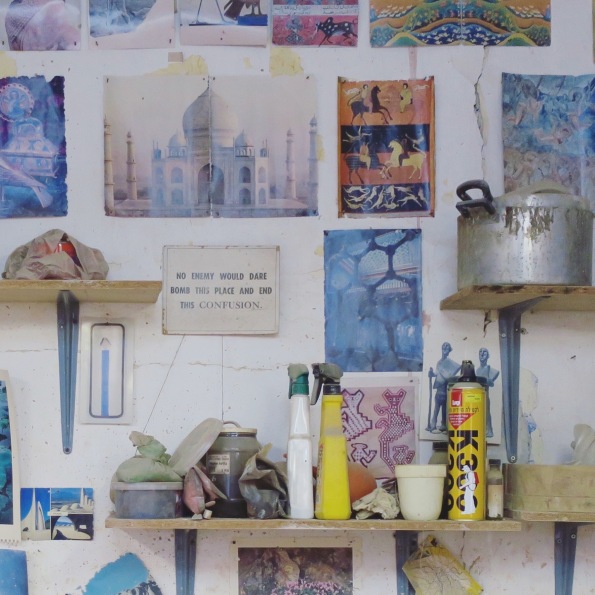 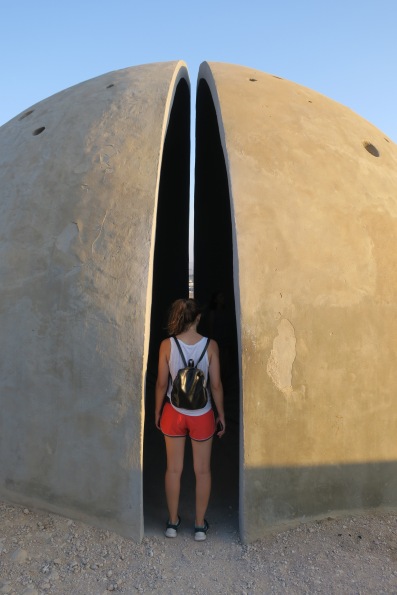 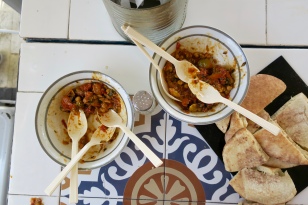 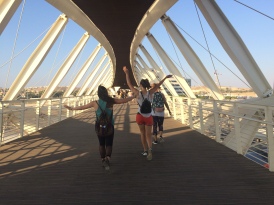 bridge to the “huge” tech park 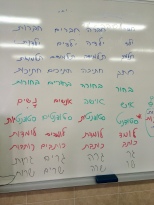 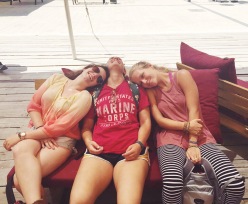